Help families be BETTER TOGETHER. 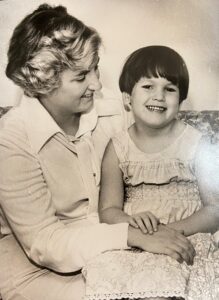 In the early 80’s, Jane Kaylor’s daughter Lori, at the age of 9 years old, relapsed for the third time in her battle against leukemia. They had been battling this illness for 6 years. When it was apparent that Lori had come to the end of her journey and decisions had to be made, Jane’s minister at the time, arrived at the hospital as she was being asked to withhold life-prolonging treatment. The minister told Jane that God’s message that night had been that He would take Lori home with Him and her life would be a testimony to many. That knowledge and Lori’s last words to Jane were, “I’m not afraid.” This moment allowed Jane to make her most difficult decision.

Jane thought, how could Lori’s life be a testimony? Sure, she was a testimony in courage to all those who knew her in her short life, but that wasn’t “many” by any means. Jane trusted God would show her the way. For a while, it was helping other families whose children were battling childhood cancer and particularly those who were in hospice care. This was Jane’s volunteer life until that fateful phone call came from a local McDonald’s Restaurant organization manager asking her if she might be interested in helping determine whether a Ronald McDonald House was needed in Chattanooga. In all the years Jane traveled to St. Jude in Memphis for Lori’s treatments, she had wished for a Ronald McDonald House where the kids could play, families could prepare the food they liked, wash clothes, and be with other parents going through similar challenges. Jane’s answer was a resounding “Yes!” because she knew the need.

As the Chattanooga Ronald McDonald House project began to take shape in the late 80’s, God paved the way to make His promise of Lori’s testimony not just a “sometime” testimony, but a daily one. Jane was asked to lead the organization and helped fund raise and friend raise to open the doors on Thanksgiving Day 1990. 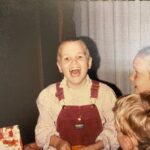 For 33 years, under Jane Kaylor’s leadership, many families like hers have had the opportunity to stay at the “House that love built” because she said yes.

When asked what Jane wanted from the beginning for the Chattanooga Ronald McDonald House, she replied, “I wanted our House to be warm and welcoming, clean and safe, and that every family would feel the love that so many had put into making our House their ‘home’ for a while. I have had the privilege of the type of job where Monday morning is just as good as Friday afternoon and friendships abundant. My life has been rich and full because of this calling and every time I pass Lori’s picture outside the library at the House, I know her life has been a testimony to many through our work here. When I’m gone and I will be one day, I hope someone will always know her story and share her testimony.”

Buy a Hearts of Gold Ornament

The 2022 Hearts of Gold ornament represents the 33 years of service that Jane Kaylor provided to the Chattanooga Ronald McDonald House. Those who know her, love her.

Thank you for supporting the Chattanooga Ronald McDonald House and helping families stay close to their sick child.