Posted at 16:20h in Families, News by Jeff Hester

As a former McDonald’s employee, Katherine Jackson had no idea what the Ronald McDonald House would end up meaning to her. At only 34 weeks, she gave birth to her first baby boy, Drake. Drake was born weighing only three pounds and fourteen ounces. He struggled with his breathing and temperature, which meant he needed to stay in the NICU for an extended amount of time. This is when the Jackson family was first introduced to the Ronald McDonald House. 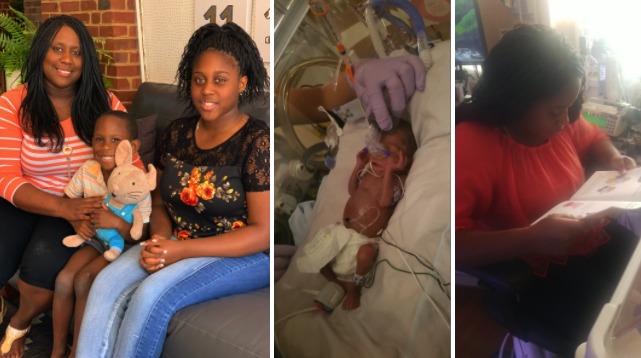 The Jackson family is from South Pittsburgh, TN.

Katherine shared that she knew about the donation boxes at McDonald’s but did not know what the donations went towards. For the next 15 days, she was able to stay close to her baby boy and see firsthand how the donations made an impact.

“I was extremely scared and did not know what to expect. I did not know if there was an amount I had to pay to stay or if I needed to help with chores.” – Katherine, mom

Fast forward five years, Katherine found out she was pregnant again, but this time with a baby girl. The initial ultrasound showed that there were no issues with this pregnancy, but months later, Katherine found was told she had a short cervix and would have to be put on bed rest. At 26 weeks, Katherine’s water broke and Farrah was born on May 8. Once again, the Chattanooga Ronald McDonald House was able to help her and her family stay close.

During Katherine’s first stay, she was without family, but the second time she was able to stay with Drake and her oldest daughter, Aaliyah. When asked about her stay, Katherine said it was amazing to have a place to stay where she didn’t have to worry about a long commute from South Pittsburgh to see Farrah each day. She was also able to find a safe place in the House, the chapel, where she was comforted by another mom who had stayed at the House before.

Katherine’s advice to other families is, “Hang in there, there is always a light at the end of the tunnel; take it one day at a time.”